Celebrate this gem of an occasion by giving your spouse a gift that features the traditional theme, a pearl. One possible reason for pearls being chosen is their rarity. Certain themes have been associated with wedding anniversaries for hundreds of years. Back when it all began there probably weren’t many couples that reached such a milestone. Not because they weren’t still in love but because health wasn’t quite so good back then. Nowadays our lifespans are much longer, but couples reaching their thirtieth wedding anniversary are still pretty rare. The modern trend is more for walking away and trying something new rather than working on what you’ve already got. We happen to think this is a shame, so are here to offer our congratulations to those who made it.

We’re also here to guide you in the gift giving process, by offering up a number of suggestions if you find yourself looking for 30 year wedding anniversary gift ideas.

Why are pearls so rare? 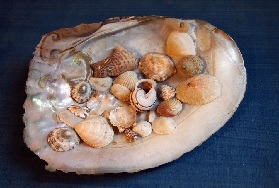 Natural pearls are a rare creature indeed. A true miracle of nature. Man has of course found a way to manipulate the process to make cultured pearls but the process involved is still truly unique.

Pearl are formed when some kind of irritant finds its way into the shell of certain molluscs. It could be a small fragment of shell, bone, scale or even a parasite. The mollusc needs to protect itself from the foreign invader so forms a protective layer around the object. The mollusc continues to add more layers called nacre over a period of several years. There are lots of factors that can influence the size, shape and colour. One of which is the ocean in which the mollusc lives.

Most pearls available nowadays are cultured pearls. Natural beds where pearls can be formed by Mother Nature have been depleted due to our harvesting, which makes them extremely expensive. Hence the reason we found a way to grow pearls artificially. The Japanese were the pioneers of a process that involved planting a foreign object into the mollusc and returning it to the sea.

A traditional 30 year anniversary gift for your parents

A number of you reading this will be looking for a 30 year anniversary gift for your parents. There are plenty of different options if you decide to go with the traditional theme of pearls.

A rose by any other name: Pearl Anniversary – Roses are an excellent gift choice for many different occasions. So many names to choose from, and such a variety of colours and fragrances. Pick a colour that’s their favourite or find one with a name that matches the occasion. This year make it a rose called ‘Pearl Anniversary’.

Classic jewellery – Adding pearls to an item of jewellery gives it a classical look. But it might be difficult finding a piece of jewellery you know your dad would like. Mums are better suited for jewellery featuring pearls. Put a string of pearls round your mum’s neck and she’ll feel like a lady. Your dad will appreciate a set of cufflinks with pearl detail much more than you thought possible.

Of course you don’t have to stick with the traditional theme. There are plenty of 30 year anniversary gifts that have nothing to do with pearls.

Express your love with a 30 year anniversary gift for her

As your mum will be, so will your wife be bowled over with a necklace of pearls. It seems like their beauty is timeless, and they never seem to go out of fashion. What woman won’t feel elegant when wearing stud earrings made of pearls. It depends on the size of your bank balance as to whether you go natural or cultured but either way you’ll see a smile on her face when she opens that 30 year anniversary gift for her. Pearls used to be the gift for royalty, but cultured pearls have made this gift accessible to the masses.

If it’s a 30year anniversary gift for him you’re searching for pearls can still be used with success. Pearl cufflinks, tie pin or watch with mother of pearl detail are sure to fit the bill. Another option that goes with the modern theme is something made using diamonds. A 30 year anniversary gift for him that’s decorated with diamonds will bring a sparkle to his eye.

There are fantastic themes to choose from when you’re looking for 30 year wedding anniversary gifts. Pearls, diamonds, and one we forgot to mention is emeralds. A sparkling event such as a 30th wedding anniversary deserves the giving of sparkling gifts for him, for he, or for your parents.

Just remember it’s the thought that counts with most gifts, and more so for your wedding anniversary. If your gift comes from the heart it’ll serve to show the recipient how much you care.