Reaching a 40th wedding anniversary is considered an occasion worthy of congratulations. So first let’s offer ours. This is a significant anniversary in your marriage and it’s vital to show loved ones how much they mean and as a gesture of your appreciation. There are certain themes associated with such an event, which helps in choosing 40th anniversary gifts. Whether it’s for your wife or husband, family or friends. We’ll be sharing some of the themes with you and offering you some 40th wedding anniversary gift ideas to choose from. 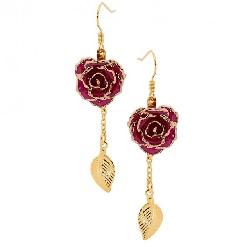 Another name for a fortieth wedding anniversary is a ruby anniversary. Both the traditional and modern themes are this beautiful red gemstone. Rubies are a much sought after precious stone because of their luxurious colour and elegant beauty. They are perfect for setting in a ring, necklace or earrings. And they make a glorious addition to a set of cufflinks for a husband.

Rubies are also desirable because of their hardness, shine, durability and rareness. Large, transparent rubies are rarer than diamonds. The mineral Corundum is what rubies are made of, the same as sapphires. Essentially they are the same gemstone, aside from the differing colour, in that their properties are the same. However, rubies are classified as a gemstone all of their own because of their special allure and historical significance.

All you need to know about rubies

Rubies range in colour from bright to a dark reddish brown. Rubies known as ‘Burmese Rubies’ and ‘Pigeon’s Blood Rubies’ are the most preferred colour, which is a deep blood red with a slightly bluish hue. Rubies from Burma are renowned for their exceptional colouring, and because Burma is traditionally known for producing the finest stones. However, the Burmese Ruby is rarely more than a few carats. Large, flawless Burmese Rubies can be worth millions of pounds.

A large proportion of the rubies on today’s market come from Thailand. Their colour is a less desirable brownish red. They can however, be heat treated in order to improve their colour. Applying heat treatment to a ruby can also remove tiny internal flaws and increase their transparency.

Metal chromium, in the form of tiny inclusions, is responsible for giving rubies their glorious colour. They are also often responsible for causing a ruby to be fluoress. Which is one way to identify the gemstone. Rubies are also pleochroic, which sometimes means they are of a lighter and more intense colour when viewed from different angles.

Rubies can also be synthesised, and this was first achieved in 1902. The process used is known as the Verneuil process, and only a real expert can tell the difference between natural and man-made.

The most valuable ruby is one known as ‘pigeon’s blood red’. Corundum, rubies and sapphires are all from the same family. Red corundum is classified as a ruby, while all the other colours are considered to be sapphires. It’s chromium that gives rubies their red colour, and the odd brownish hue comes from iron being present in the stone.

Experts consider that rubies should be a medium to medium dark red colour. Anything lighter in colour and it’s classified as pink sapphire. There’s a lot of confusion about where the line is drawn between the two, but pink sapphires are far less valuable than rubies.

Nearly all rubies available have been treated in some way. A high premium is charged for rubies that are non-treated. Heat treatment applied to the gem will improve the depth of colour because it dissolves inclusions and diffuses impurities. It can also improve the clarity of the stone.

Unlike many other gemstones, inclusions or flaws are a good thing in rubies. They act much like an individual fingerprint and are proof that the gemstone is genuine.

Why not choose flowers for your 40th wedding anniversary gift? 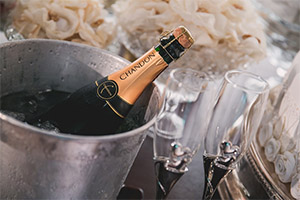 The nasturtium flower is also known as the tropaeolum, and is perfect for this particular anniversary because it carries on with the ruby theme. Beautiful on it’s own or grouped together in the garden they come in a range of colours from yellow to ruby red. You might not have realised but this particular flower also makes for tasty eating. The petals are a perfect addition to a salad, or the leaves can be used in a stir fry dish. They also make a great addition to the garden because they’re known to ward off certain unwanted pests.

We hope we’ve left you with food for thought, whether you’re buying an anniversary gift for your spouse or a special acquaintance. Spend some time considering your purchase and you’ll make this 40th anniversary a special one.