When it comes to celebrating special occasions such as birthdays, Valentine’s Day Mother’s day, and wedding anniversaries, flowers have long been a popular choice. We’ve even heard that some lucky ladies get to receive them everyday from the people that they love. The usual recipient of such a gift is the female of the species, but nowadays men are getting in on the act as well. It’s also worth mentioning that bouquets are not the only form a gift of flowers can take. Houseplants, trees, shrubs and flowering plants are all great alternatives.

Say a wealth of things with the gift of roses 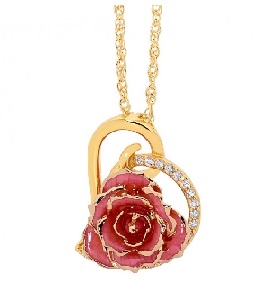 For centuries flowers have been used to convey certain messages and feelings. The red rose is one of the most obvious, and why it has become synonymous with Valentine’s Day. But aside from the red rose there are hundreds of different flowers to choose from, if you can’t find the right words to express how you feel. Roses are one of the most popular flowers to give as gifts, particularly for an anniversary. They are popular all over the world. Possibly because they come in such a wide variety of colours, sizes and have such wonderful scents. They are a symbol of love, beauty, war and even politics for centuries, and don’t look to be going out of fashion any time soon. The number of blooms, variety and colour can all have certain meanings, so do a little research before you purchase your gift. You don’t want to find yourself in the doghouse because the meaning behind your gift is not what the recipient wants to hear.

And if the recipient of your gift isn’t know for their ‘green fingers’ there are still some interesting options, if you’re hell bent on giving roses for your anniversary gift. Roses can be beautifully crafted from wood, paper, silk and leather. There are even natural blooms that have been dipped in a precious metal. Such as those from Eternity Rose.

We’ve been scouring the internet for some interesting facts relating to roses, and we’ve managed to come up with a few.

Did you know that…

Use an anniversary rose to express your feelings

There aren’t many better ways to celebrate a wedding anniversary than with the gift of a rose. It could be in the form of a bouquet or a living rose bush to nurture in the garden. A rose bush is a perfect gift that will help the celebrating couple remember their anniversary for many years to come. It will bring a splash of colour to their garden and fill the air with a wonderful fragrance throughout the summer.

Giving an anniversary rose to your wife, or even to the modern thinking man is a great way to convey your feelings of affection. As well as roses having certain meanings there are also plenty of rose varieties with very apt names. For example:

How to take care of a living anniversary rose

Roses aren’t particularly difficult to take care of but that doesn’t mean you should leave them to their own devices. Get the conditions right and your rose will flourish and provide your garden with a beautiful display year after year.

If you’ve got a silver wedding anniversary in the near future, or you know a couple who are reaching such a milestone, finding a gift will help to make the day more memorable. Spend some time thinking about the perfect kind of gift and it’ll be a precious momento long into the future.